I know some people prefer to whisk their Shea Butter mix, but when you whisk any mixture you mix air into it. When I used to whisk my hair mix, it quickly became rancid and I would find mould growing in the cream - not nice! I decided to melt the cream instead, so it would last a lot longer. If one person is using this mix it should last about 6 months.

I added beeswax so the mix wouldn't be too greasy (Shea Butter is quite greasy) and because the wax really helps to seal in moisture when added to damp hair. You have to make sure you cool the mix with the lid off for a few hours so any steam that builds up will be able to escape or you might end up with bubbles of water in the bottom of the container. Finally it will two days to fully harden to a butter-like consistency (but you can use it after a day) and store it in a cool, dry cupboard.

I bought the Shea Butter, Macadamia Nut Oil and coconut fragrance from Freshskin, the Coconut Oil is the KTC version from Asda (it was a 500g jar for £1.99!) and the beeswax I bought from eBay.

Three Styles For That Awkward Length Of Natural Hair

Hey guys, we all know that when you get to that awkward length you feel as if there's not much you can do with it. But I'm here to help! Here are three easy styles to do for short/medium length hair. The first two are especially nice for transitioning hair.

Hey y'all! I’m hoping you’ve seen my video on three hairstyles for short 4c hair, if not, why don’t you check it out here eh? 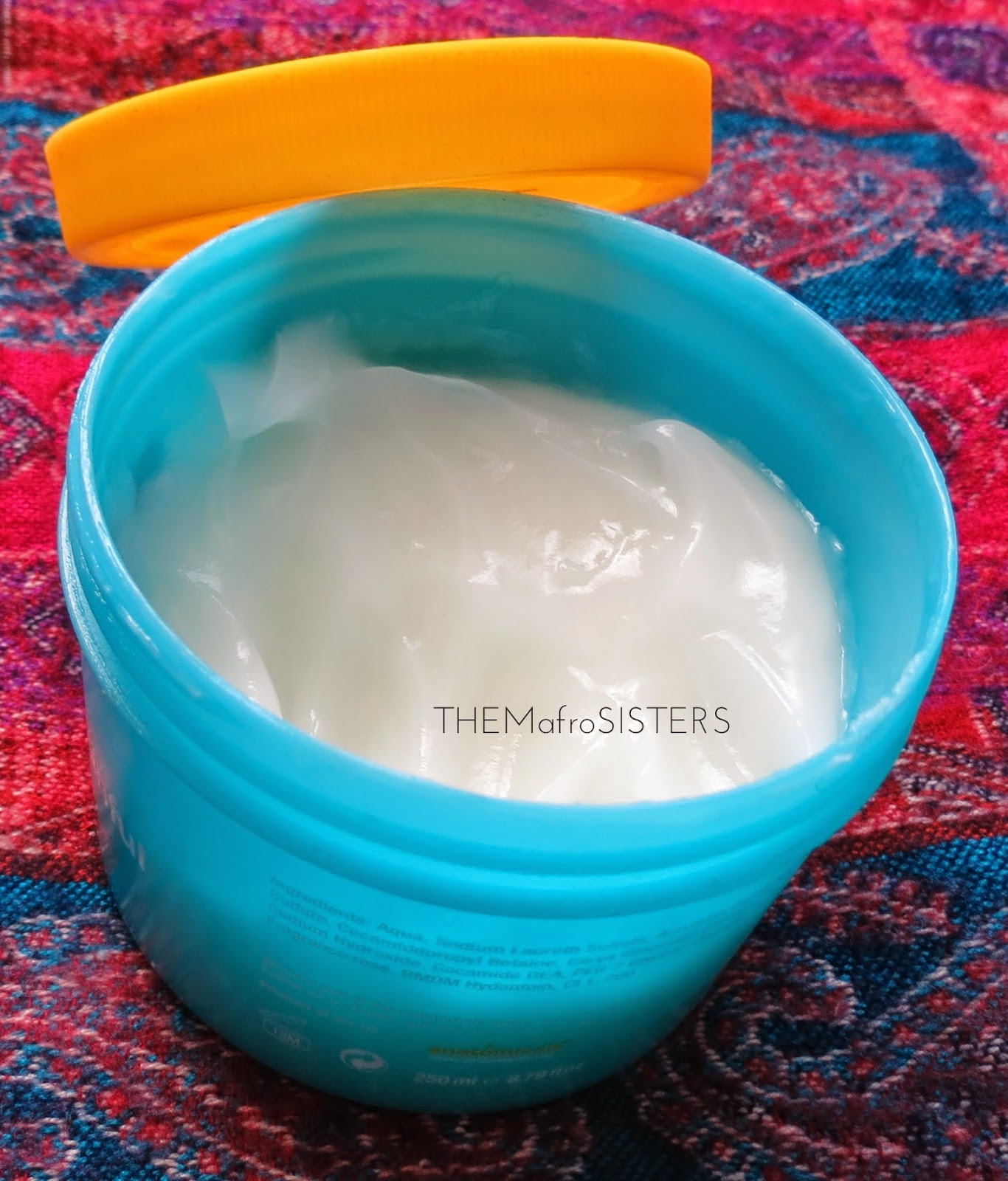 In that video I created a puff (one of my best yet) using a mixture I created quite a while back at the start of my natural journey. If you’ve ever had a problem slicking down your edges and products such as Eco Styler Gel don’t work, then my puff crème is definitely something you should try out.  It’s a very moisturising equivalent to gels which can typically leave your hair feeling crunchy, dry, brittle and not to mention flaky!

With 4C hair, allowing our delicate edges to become brittle alongside our already tight curl pattern can lead to breakage and loss of our edges. Yeah... I’ve been there before :/  So try this out if you’re looking for soft, moisturised and slick edges. 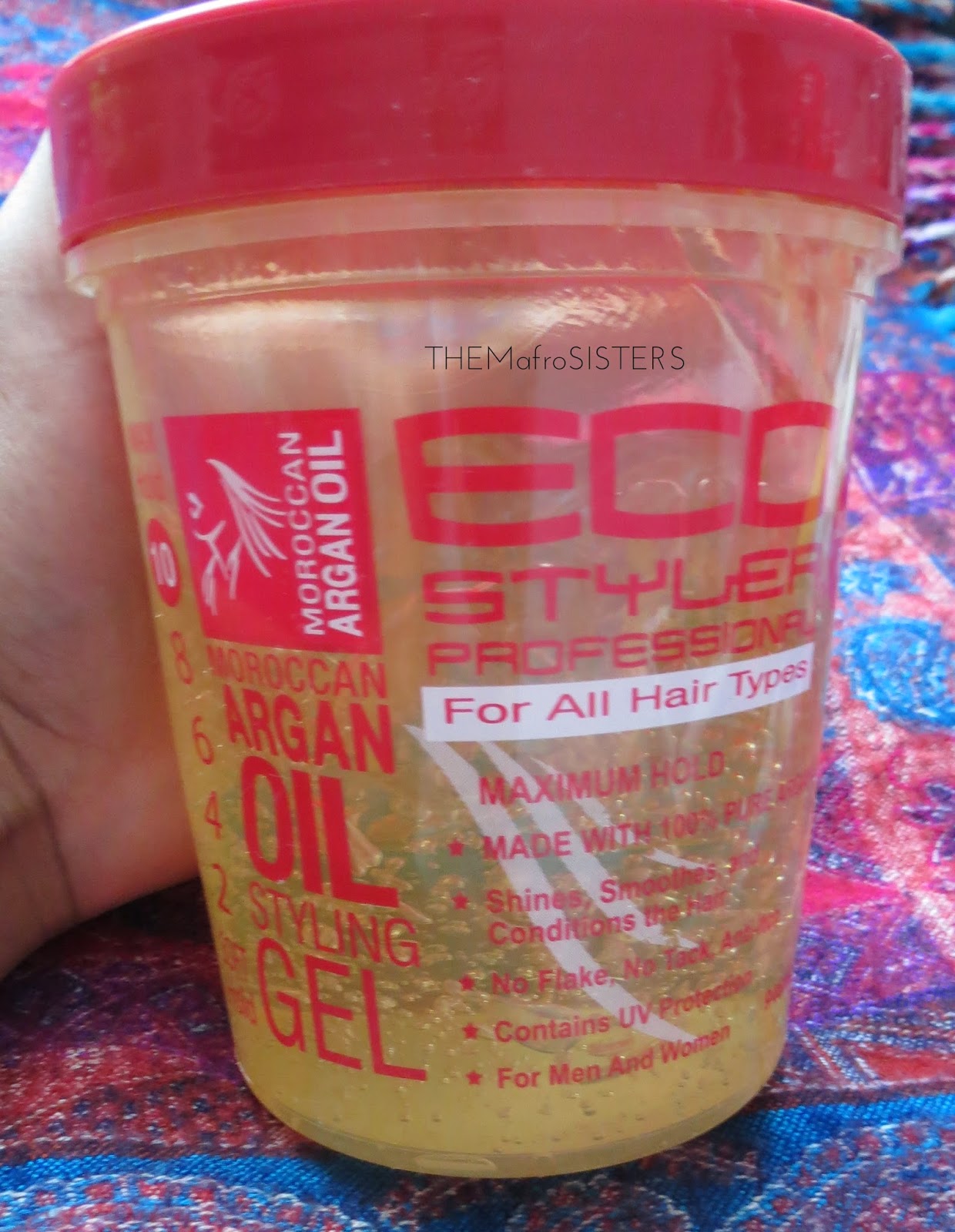 It’s pretty simple… just dump all of the ingredients into your clean pot and stir well! The mixture should become a white colour with a slightly heavier consistency than the Eco Styler Gel you’ve used. That’s it!

I normally spray my edges lightly with water before I apply this, but if my hair is well moisturised, it can also be used on dry hair. It leaves no flakes, smells delish and dries clear. I hope you find this useful. Let me know how it works!

Hi guys! I do love my old twist-out but now that my hair is a bit longer I've decided to become a bit more adventurous style-wise. I thought I 'd try something with a little more va-va-voom, so I decided to try out a Twist & Curl! There's also been a bit of hoo-ha about end papers and whether they're any use so I decided to test them out, and being the poor student that I am, I found a suitable alternative that is in your kitchen cupboard - greaseproof paper!


The perm rods have tiny bumps on them which sometimes grab on to strands of my hair so I first wrapped all of the rods in paper for protection. 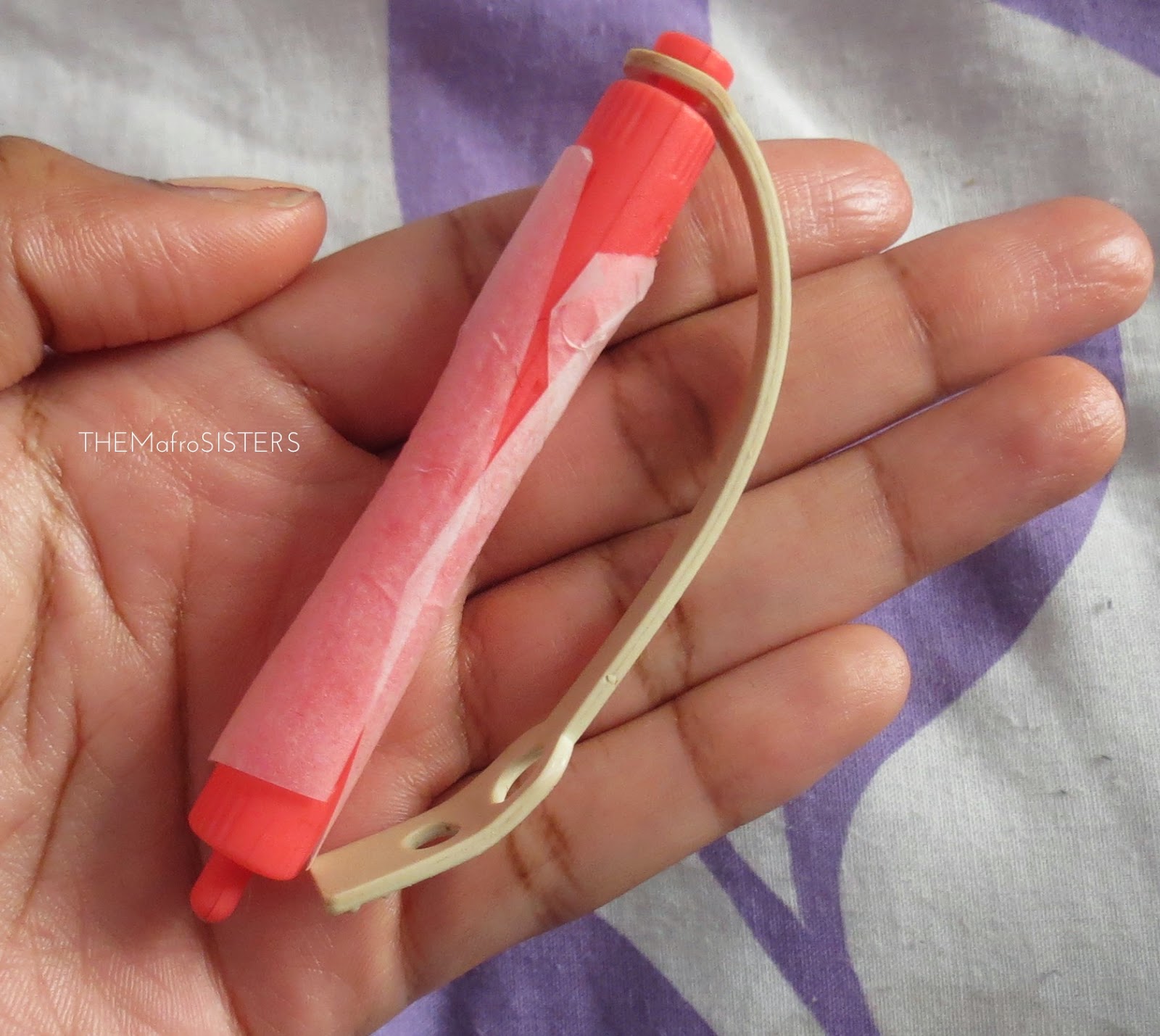 I twisted about three quarters of the way down the twist and then rolled the endpapers on to the end of the twists on the left side of my. All the twists on one half (in the picture I am facing you so it's the right side) have endpapers on the actual end of the twist. The other half have the untwisted ends left bare (in the pictures the left side) and I wrapped them around the paper covered rod. The side without end papers took me about 30 minutes to do. Putting the end papers around the twist was quite fiddly and difficult at first so it took about 20 minutes longer to do that side, but once I got the hang of it it wasn't too bad. It ended up taking an hour and half to put 24 twists in my hair.


I then left them to dry overnight and the next morning removed the rods...

So the left side with the end papers was a lot sleeker than the R side and had better curl definition. After I had removed all of the rods and before I had separated, this is what my hair looked like: 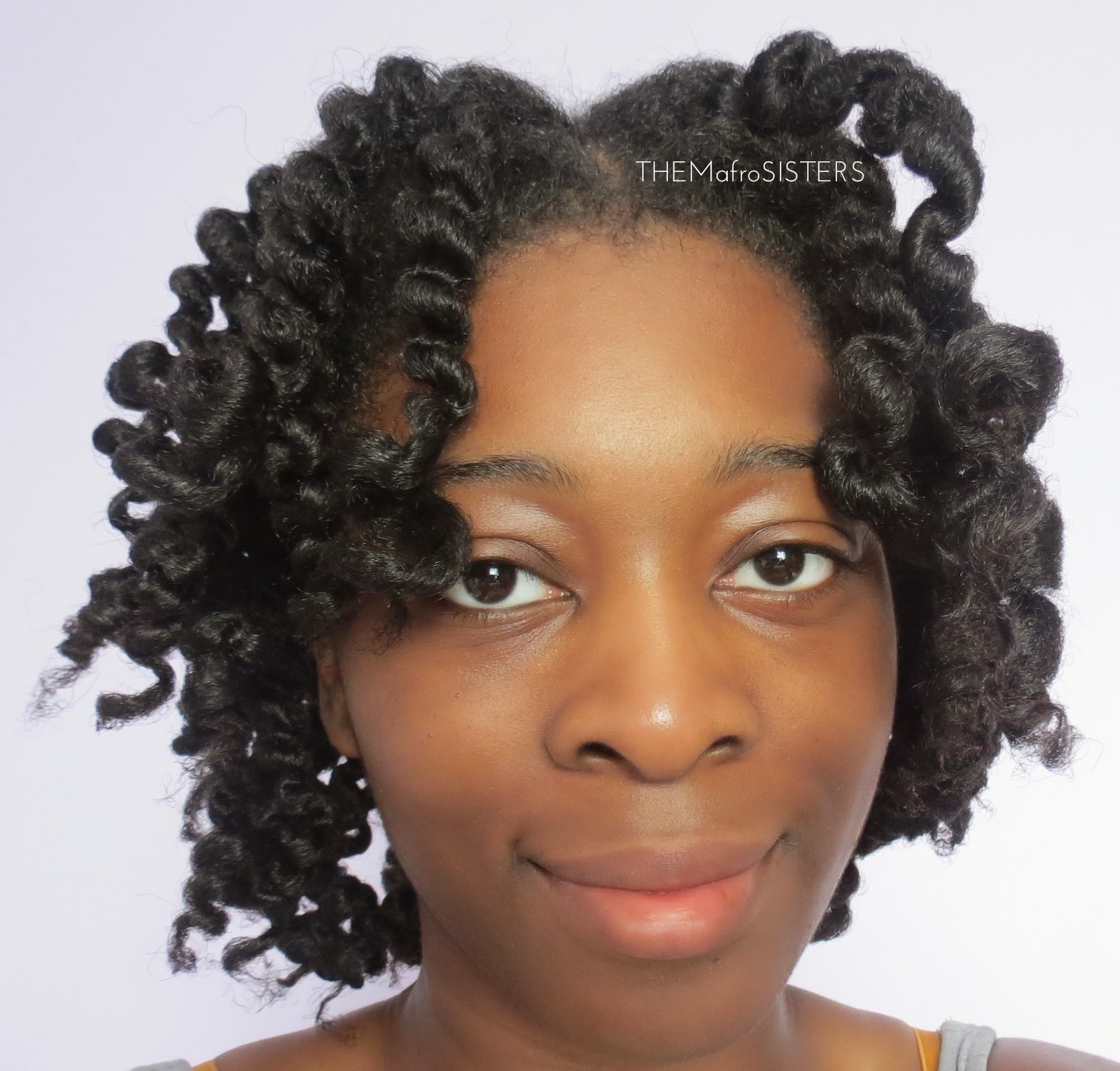 Then I separated the pieces (I split each segment into two or three) and fluffed out my roots, here is the end result: 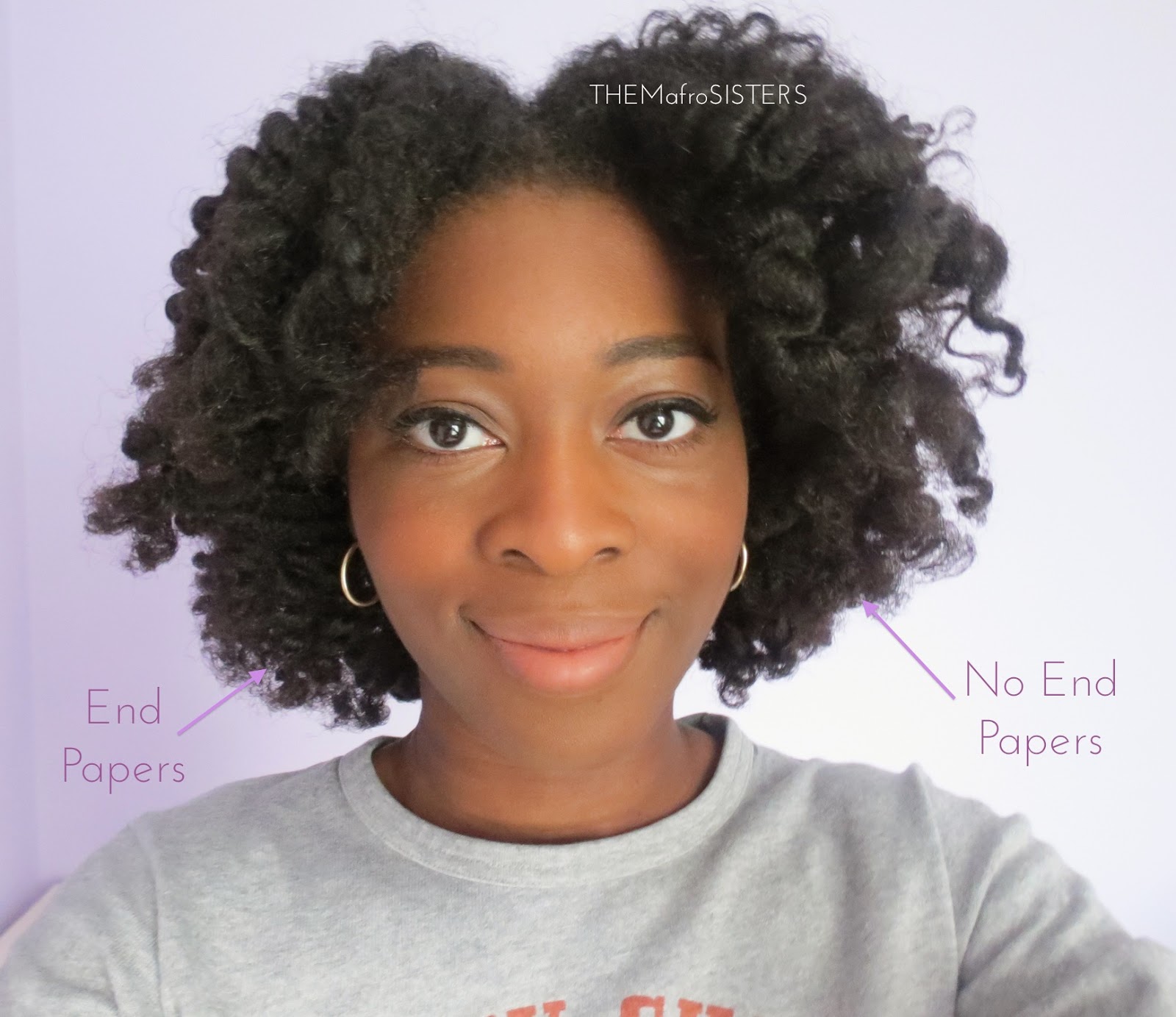 Both ways have their pros and cons. I would say that with end papers you get much more curl definition but it's a lot more fiddly to put on the papers so takes longer to do. On the other hand without end papers you sacrifice curl definition and end up with a fluffy airy 'fro look but obviously it's quicker to do as it's less fiddly. Of course you could just have fewer twists which would significantly cut down your time.

I prefer the fluffier look (but then again I'm quite lazy and want everything to be done asap). The style lasted for about one week before I had to put it in a puff, however the curl definition at the ends really lasted, it remained for about 9 days.

I'll probably be doing this again and I'll film a tutorial so I can show you guys exactly how I did it.

Hey guys, recently we went to a family Christening and I decided to do a flat twist, something I never really do (too much effort and I like the fluffier afro look of a normal twist-out). Have a peek at it...

Which Detangling Tool is the Best For You?

Hi guys! Mariama and I recently purchased a few new detanglers: the Tangle Teezer and the Hercules Seamless Combs. We thought it would be best to make our own opinions about them and purchased them. After using them for a while now (along with our Denman brushes) this is how they all compare to one another. Enjoy! 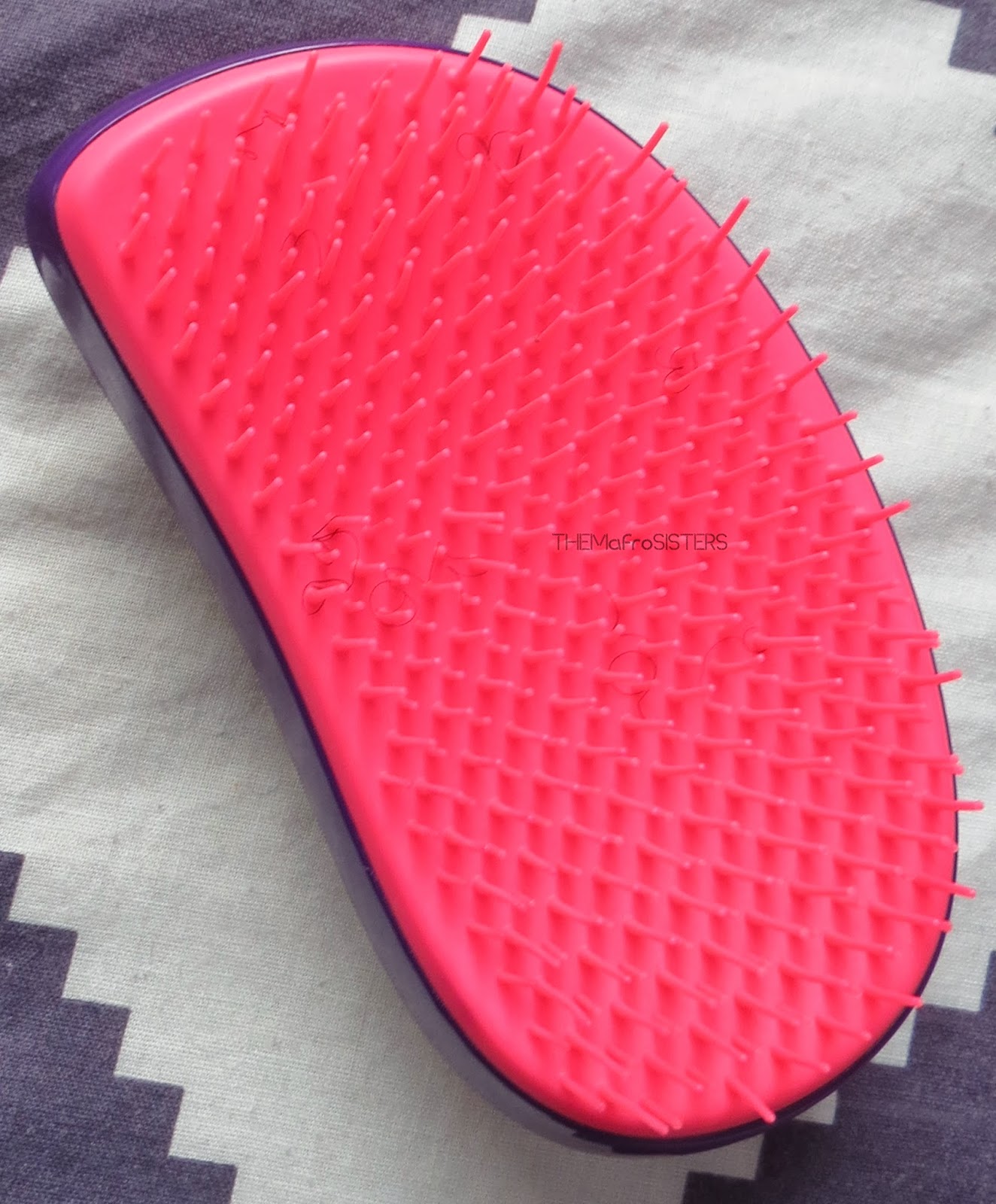 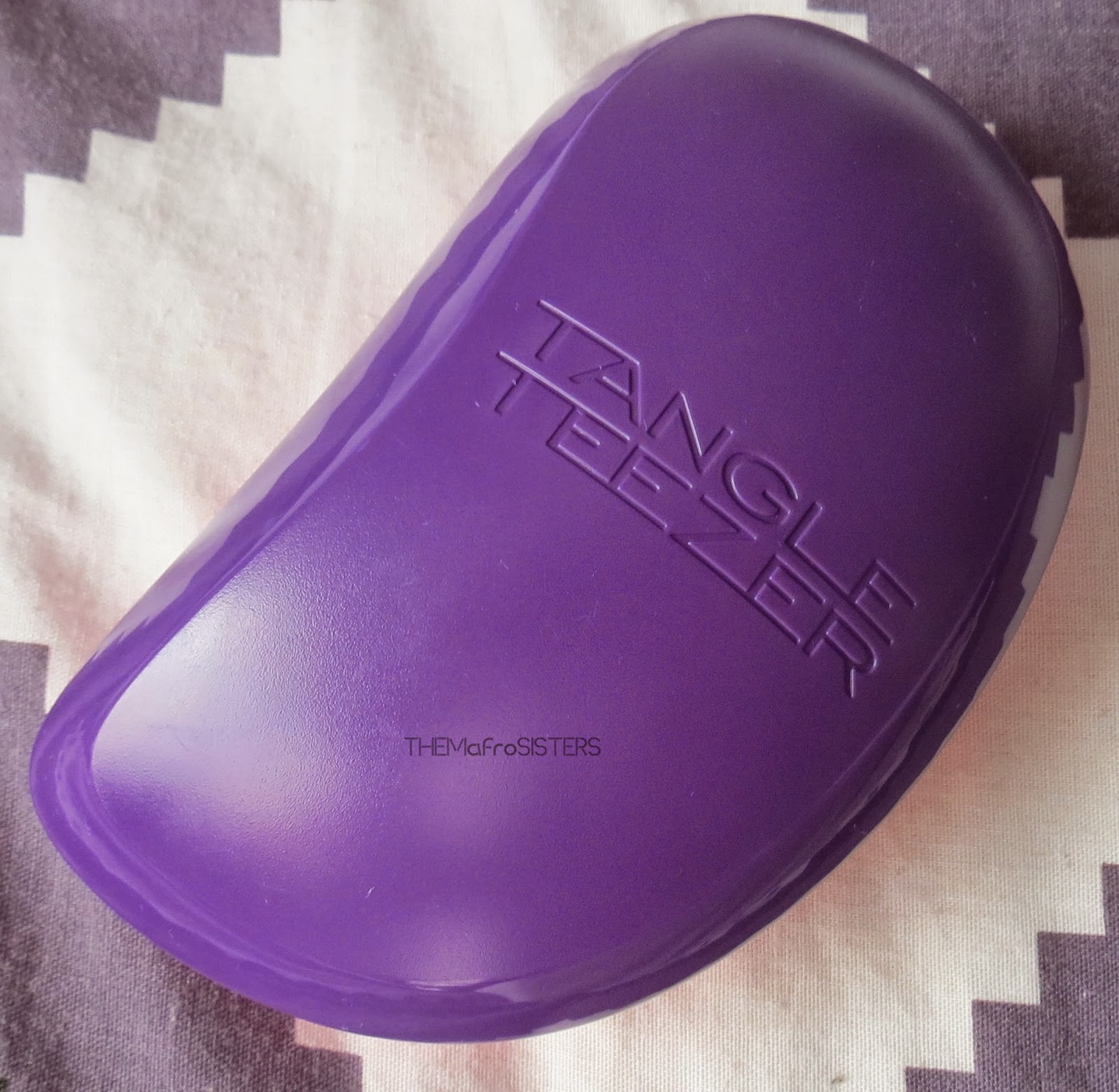 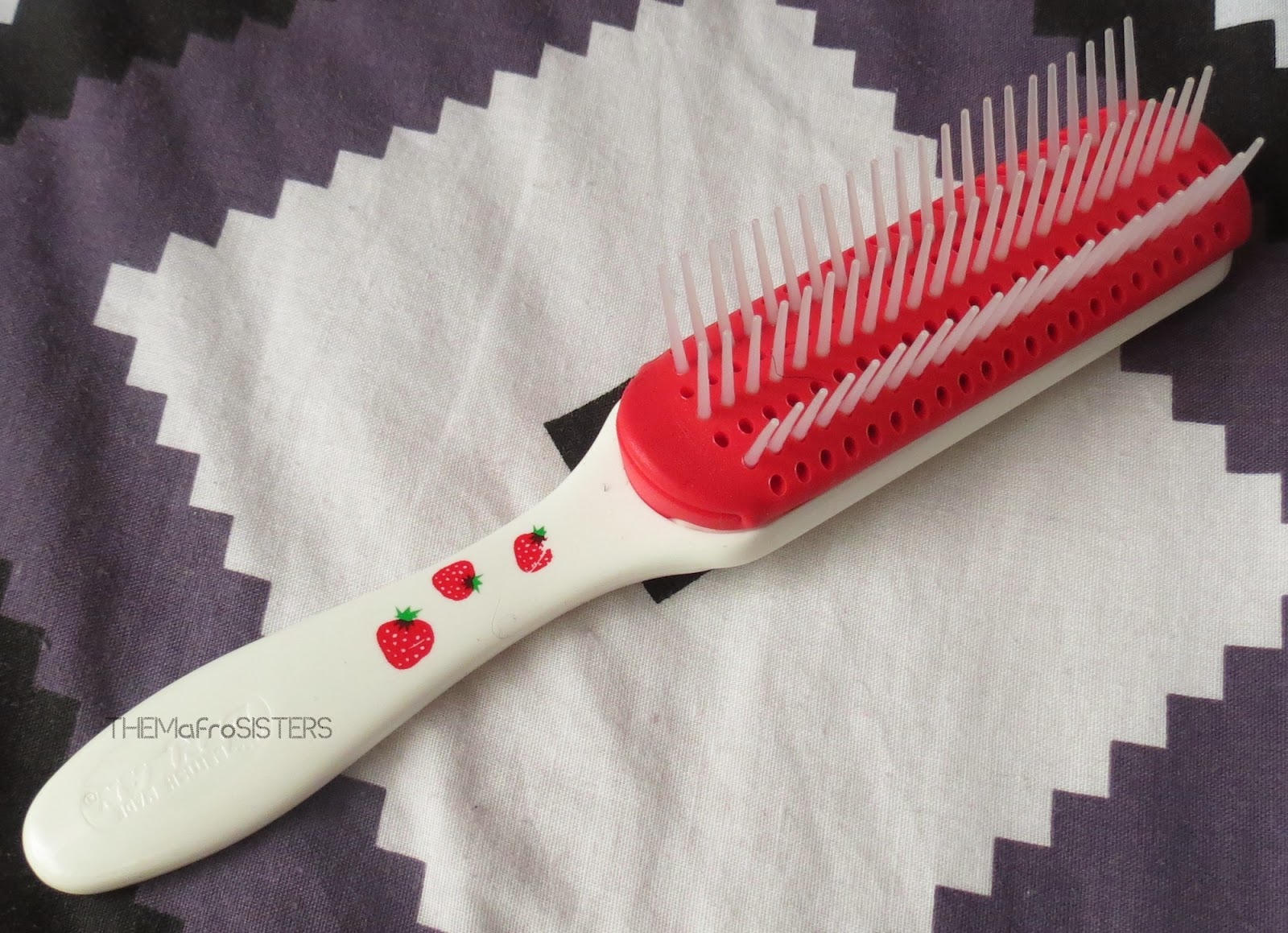 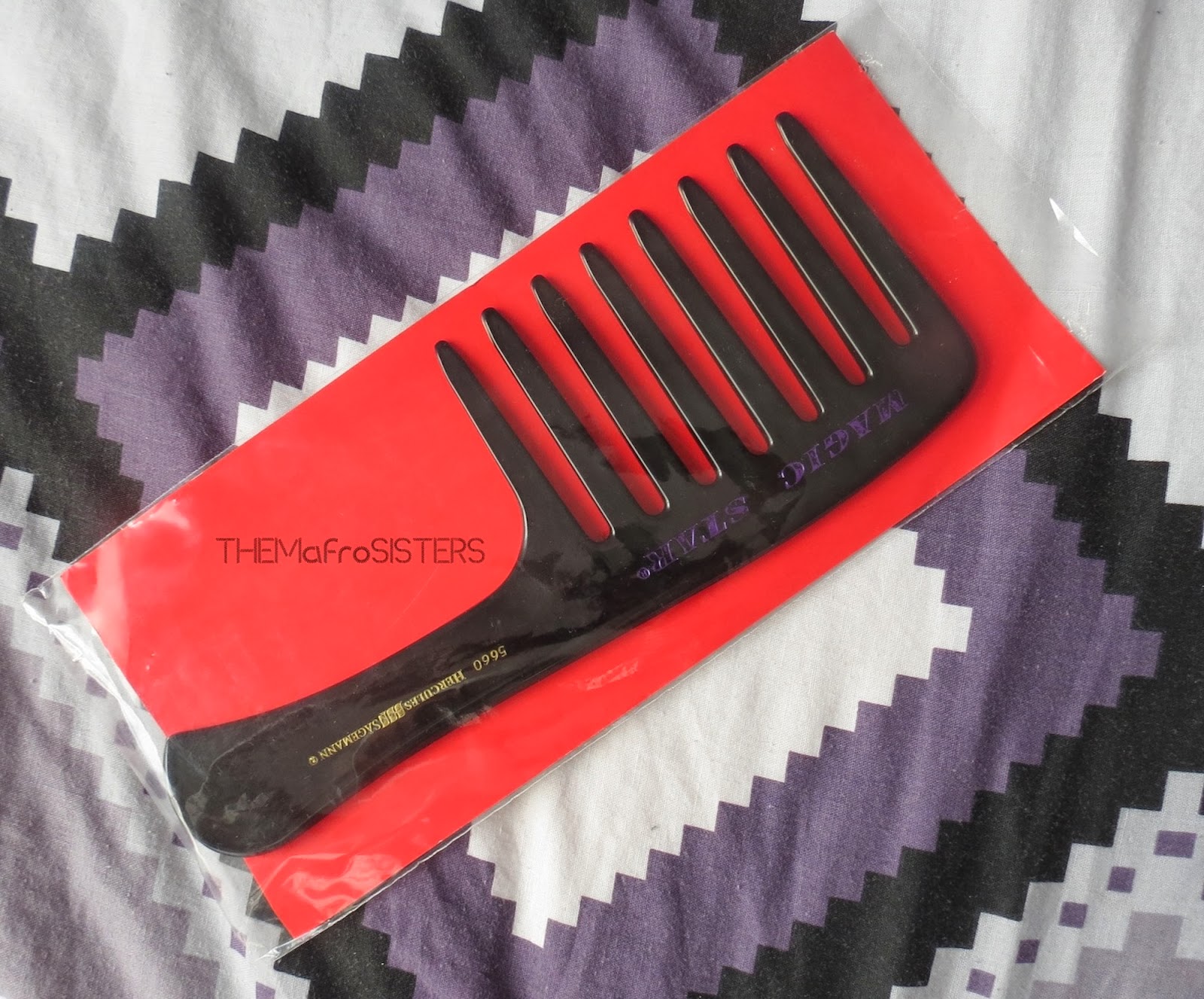 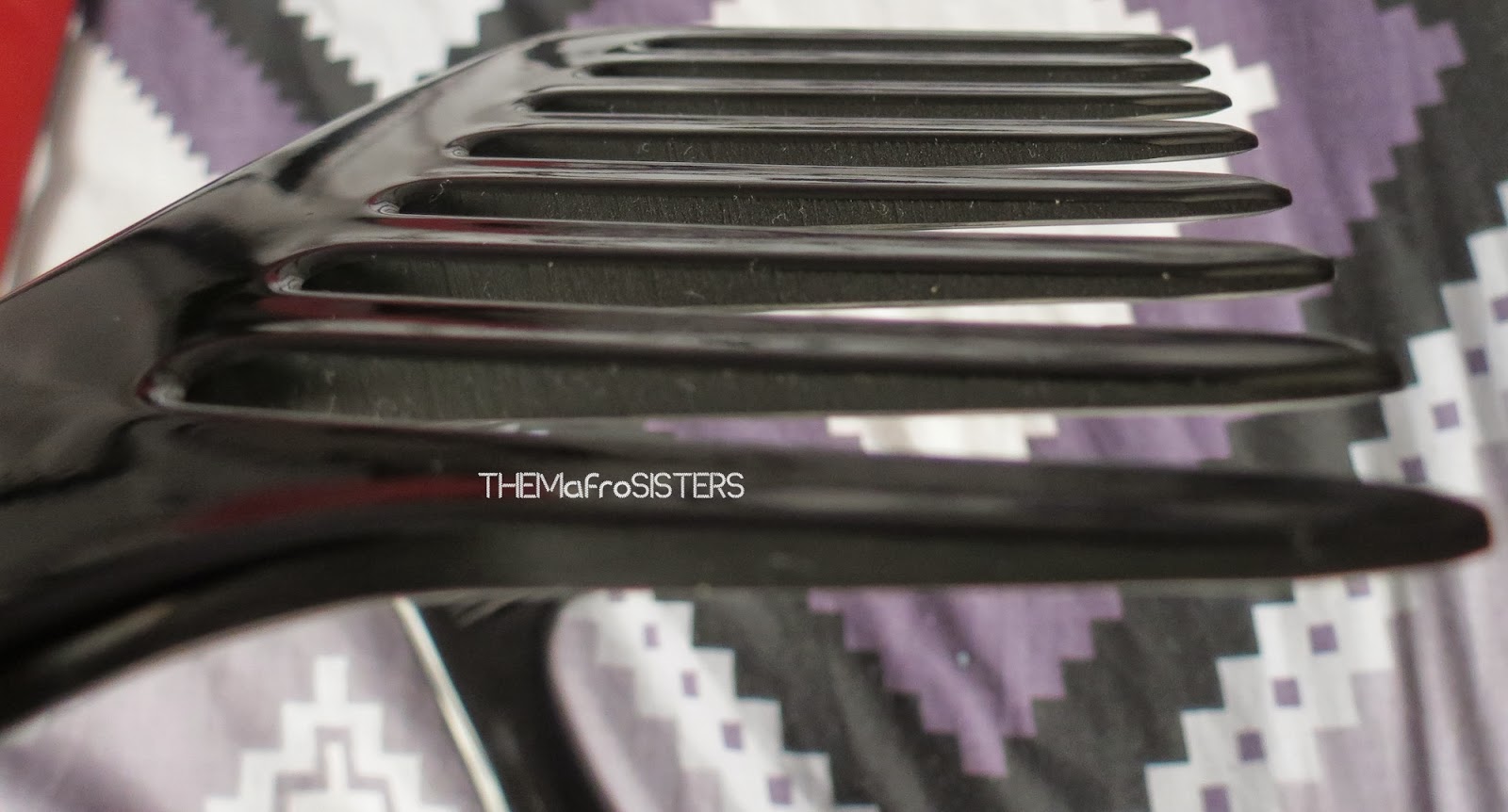 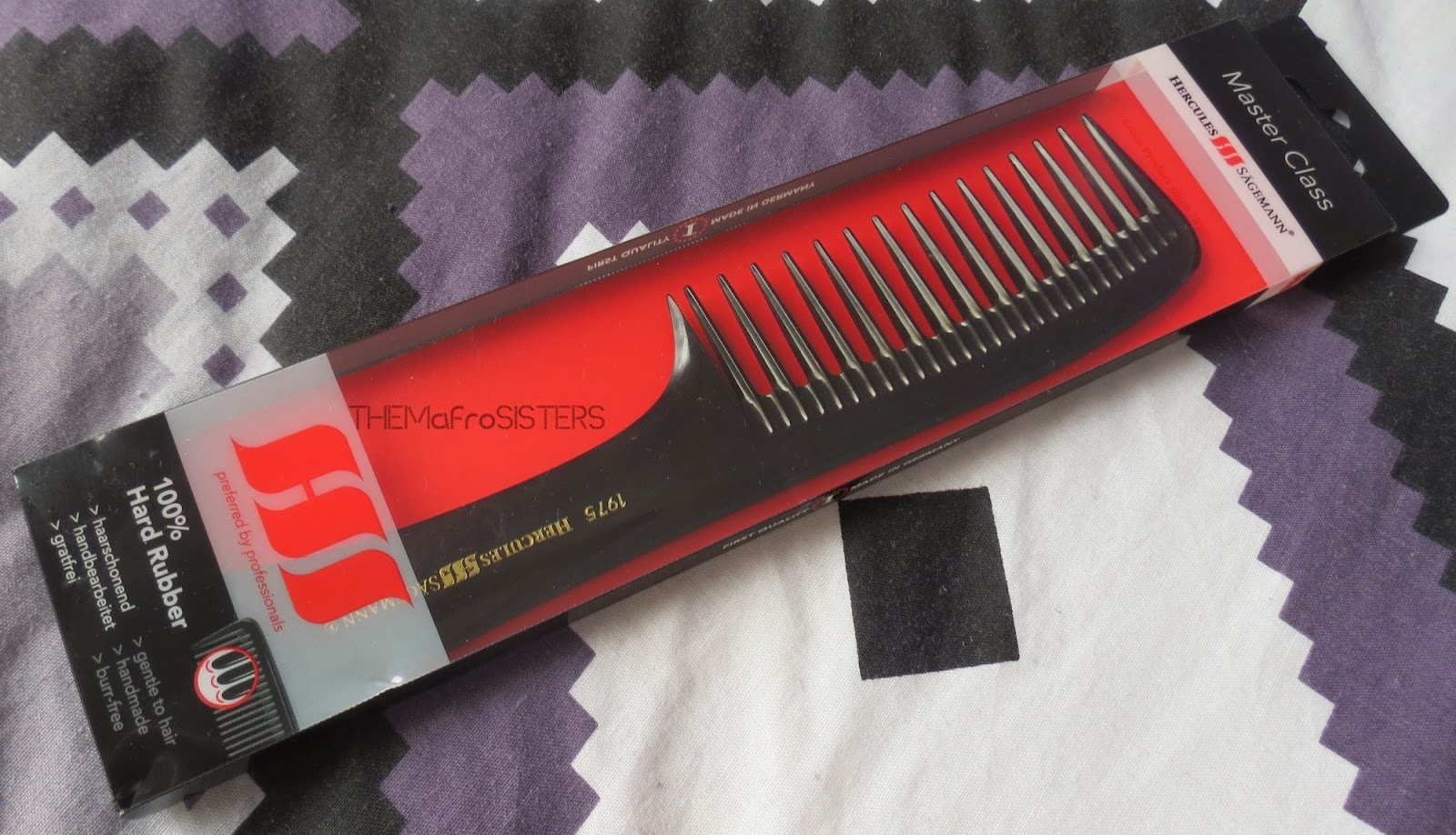 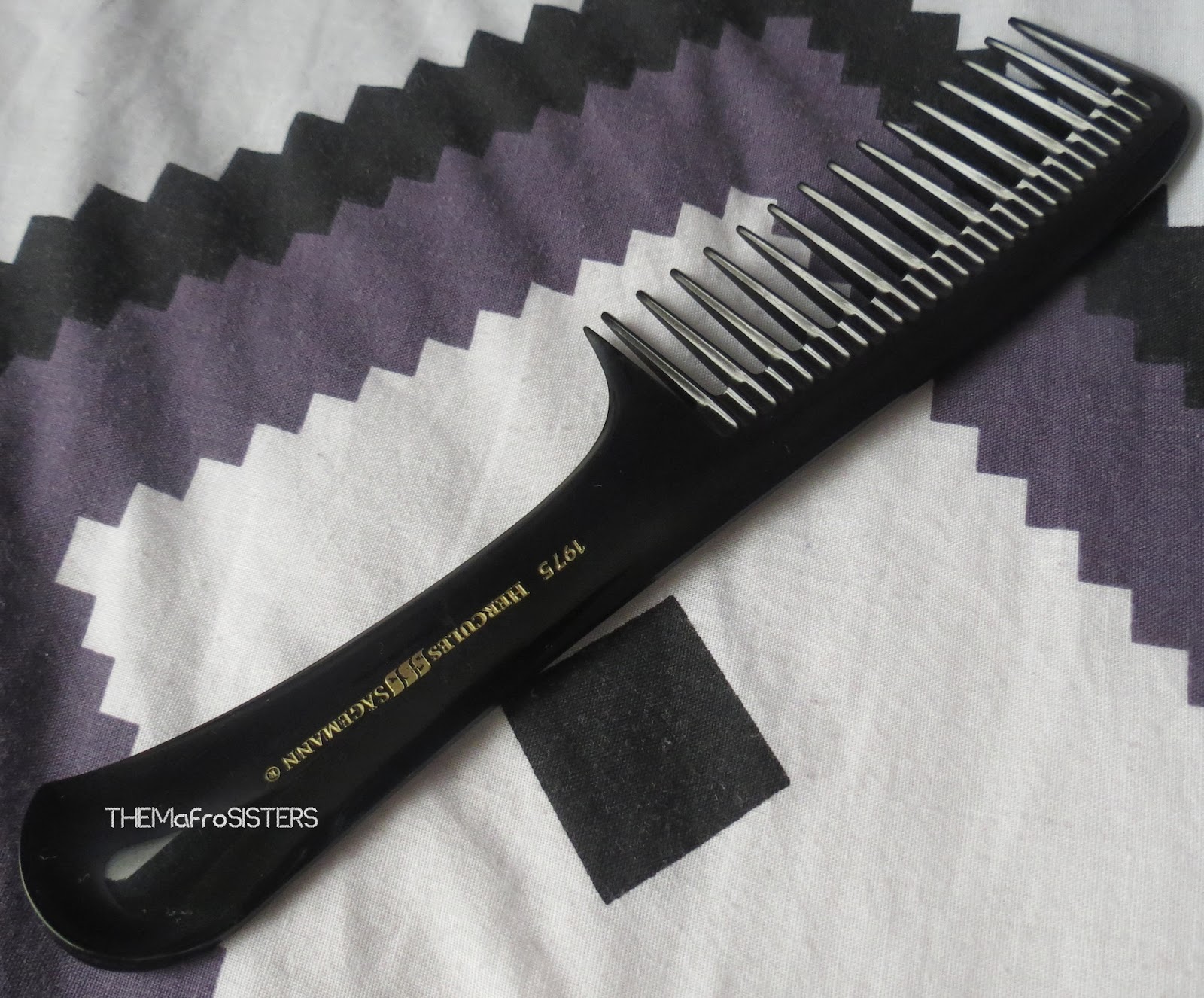 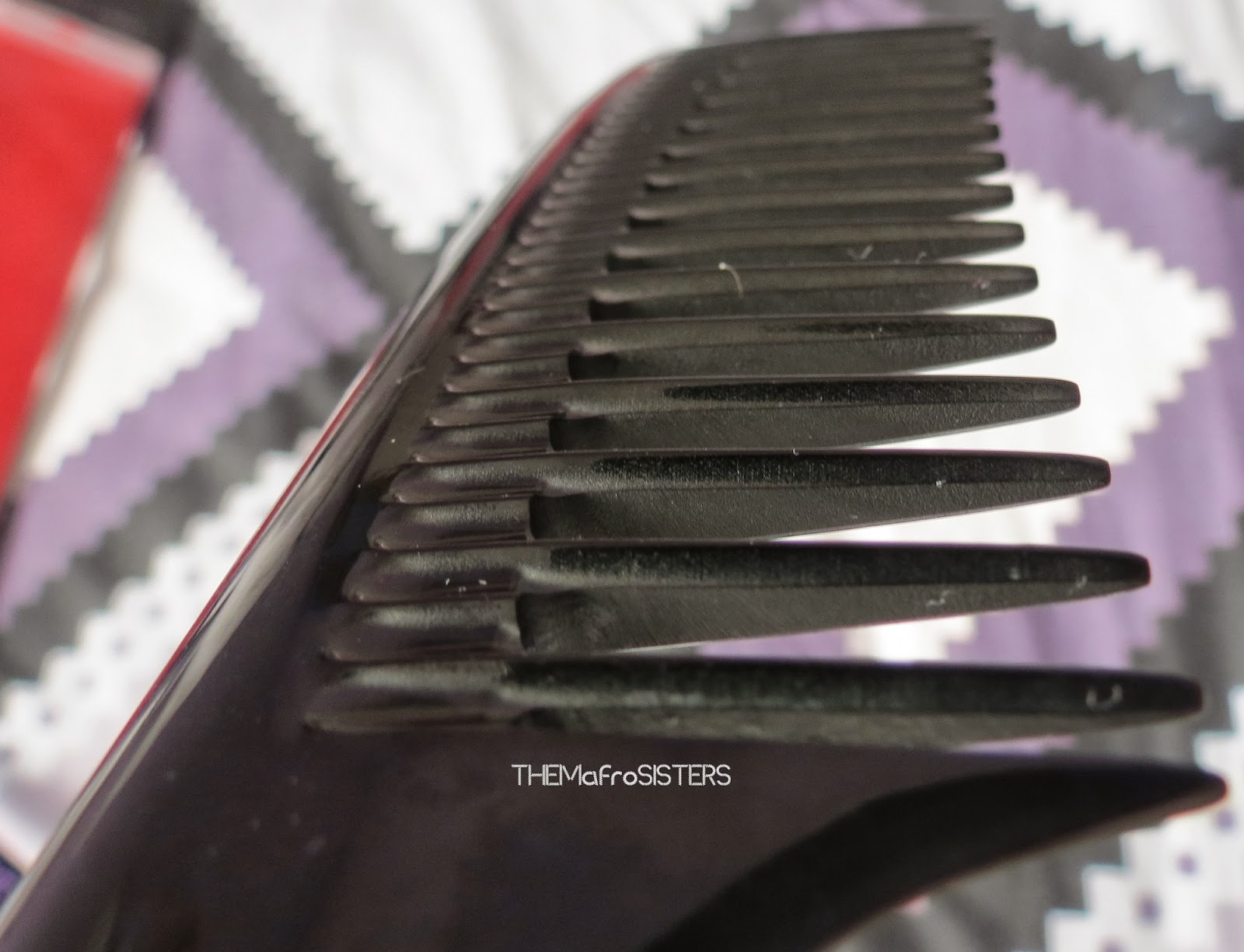 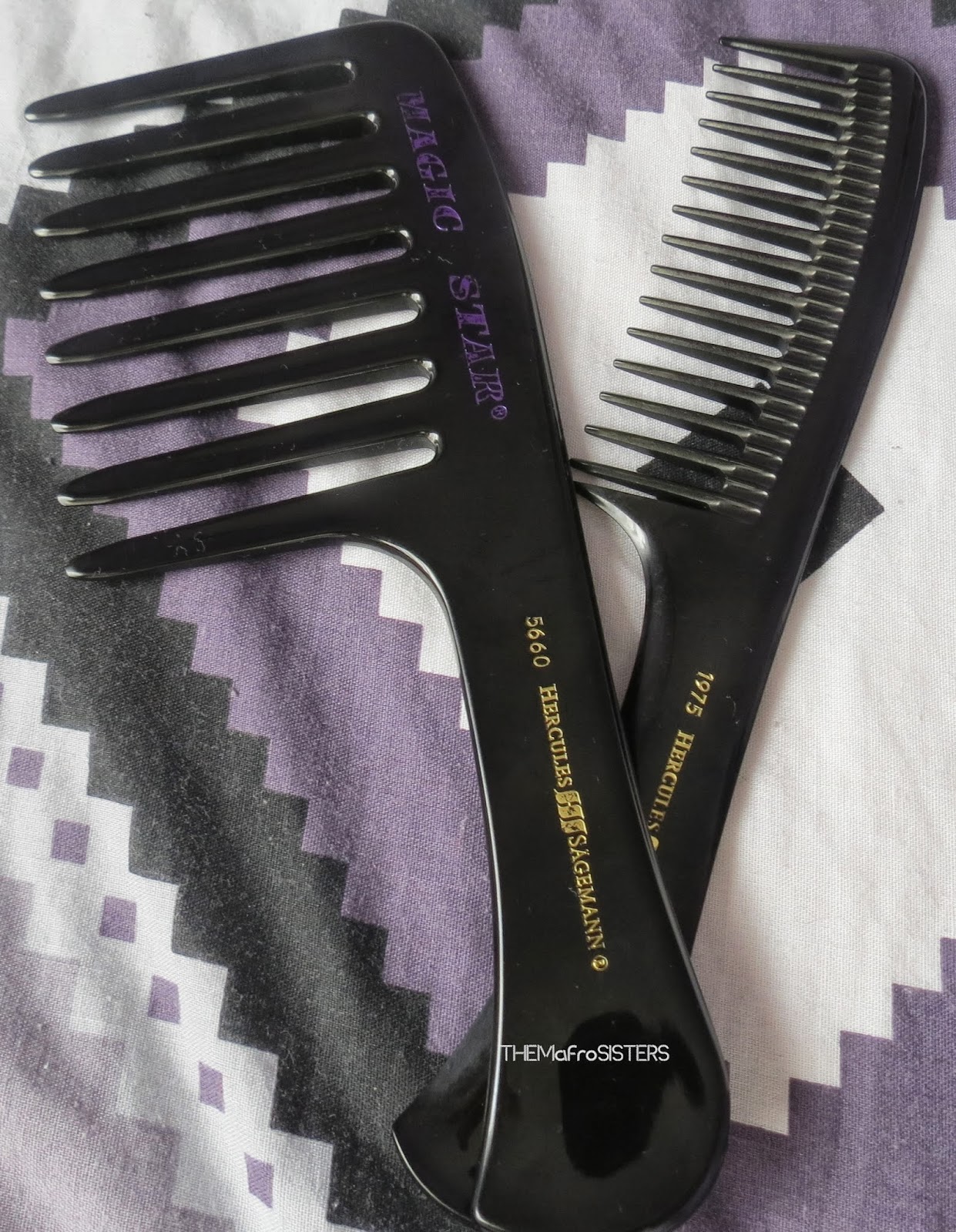 We both agreed that Hercules Sägemann ones were the best, although the Jumbo Rake is pricey (there is a mini version for £10) you have to realise that some of the comments from buyers on the website have said that their combs have withstood more than 20 years of use!! Plus you are paying for much better quality. (Ask someone to buy it for you as a gift if you really don't want to pay for it.) We do like the Tangle Teezer, but it's probably better suited to shorter afro hair as Maz had to detangle her ends with the 1975 comb.

For now, the Denman is staying in the drawer. We're using the Jumbo Rake for co-wash detangling weekly and the 1975 detangler for proper thorough wash day detangles once a month.
Here are the cheapest prices for the all the detanglers that we could find (also check TK Maxx, sometimes their hair selection can surprise you):

HS5660 Jumbo Rake (or click here for the Mini rake)
Tangle Teezer: here and here (With the one from Paks actually check that it is a Tangle Teezer, when I went to buy mine they tried to sell me one from another brand)
Denman: Classic or Freeflow. (My one was from TK Maxx for £5.99)

In case you haven't seen it, here's a quick overview of my natural hair journey (there are actual pictures too at the end):

THEMafroSISTERS
Hi! We're Mariama and Zainab Marfo - two sisters with a passion for natural hair, fashion and beauty. Born and raised in London, here we document our natural hair journeys (and anything else we find interesting!). For answers to any questions please email us: themafrosisters@gmail.com :D